Somali Journalists Syndicate (SJS) reminds journalists across the country to maintain professionalism and responsible reporting ahead of the upcoming regional and national elections in the country and stay away any activities that could endanger their safety.

Ahead of the regional state election scheduled to take place in Galmudug shortly and the general elections due to take place in late 2020 and early 2021, Somali Journalists Syndicate (SJS) advises all reporters, editors and producers to remain impartial and stick to professionalism as they undergo their daily reporting business.

Somali Journalists Syndicate (SJS) has learned some of the journalists based in Galmudug are directly or indirectly involved in various campaign activities in the region, which could compromise their safety, the Code of Ethics and the neutrality of a professional and responsible journalism.

“Independent, professional and responsible journalism are the backbone to every democratic society. A journalist should remember that his/her role as a journalist is to inform the public about the news events- not to take sides,” Abdalle Ahmed Mumin, Secretary General of the Somali Journalists Syndicate (SJS) said, “Journalists should stay away any involvement of campaign activities other than reporting it neutrally and professionally.”

“As the general public will only rely on the media reporting, high importance should be given in providing accurate and fair reporting in all circumstances,” Mr. Mumin added.

In the past several weeks, SJS leadership and member journalists have been discussing on ways of improving the safety of the local journalists and one issue that was repeatedly underscored was the need for an honest and independent media.

SJS also encourages local journalists to report any threats they receive during the campaign period and the elections.

“A journalist must report on party programmes or candidates, so that voters may compare them. But professional reporting must never tell citizens who the best choice would be,” Secretary General, Mr. Mumin concludes. 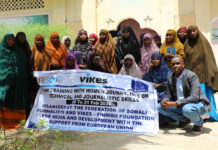 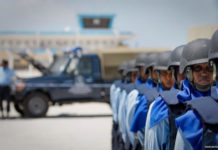 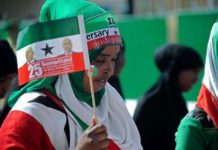