Somalia and Kenya should avoid descending into a diplomatic row over their maritime boarder dispute in the Indian Ocean, according to a former leader.

“There is a long history between the two countries. When Somalia collapsed as a government in 1991, Kenya hosted more than 500,000 Somali refugees, so Kenya cannot be an enemy for Somalia and Somalia cannot be an enemy of Kenya,” former Somali Prime Minister Ali Mohamed Gedi told Anadolu Agency in an interview in Johannesburg.

Relations between the two countries have not been good lately after Kenya accused Somalia of auctioning off oil blocks in a disputed area of the Indian Ocean.

Both countries claim ownership of the 100,000-square-kilometer triangle of water, which is thought to have huge oil and gas deposits.

According to media reports, Kenyan authorities recently stopped three Somali officials from entering the country to participate in a conference on the grounds that they had not obtained visas from the Kenyan embassy in Somalia.

In retaliation, Somalia also asked its officials to boycott meetings of UN-hosted events in Kenya.

Experts believe this is a sign of the increasingly bitter relations between Nairobi and Mogadishu.

In 2014, Somalia dragged its neighbor to the International Criminal Court after years of failing to reach an agreement on how to resolve their dispute, but there has been no progress.

“The current conflict is just a matter of political misunderstanding. The two nations should find ways and avenues to sort out the conflict,” Gedi said.

He said the two countries cannot be enemies because there is a large population of Kenyan citizens of Somali origin as well as Somali migrants who have settled in East Africa’s largest economy.

“If we share many interests and there is only one conflict, normally it’s a procedure to put aside that single conflict and consider other interests between the two countries,” he said.

Gedi, who served as prime minister of Somalia’s Transitional Federal Government between 2004-2007, appealed to the leaders of Kenya and Somalia to put aside their dispute and focus on the many interests they share to attain prosperity for their people.

“For instance, there is a dispute between Kenya and Uganda over the ownership of Migingo Island which is pending, but the two countries are still cooperating,” he said. 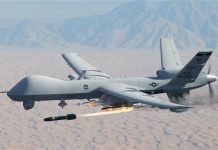 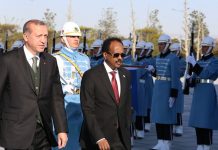 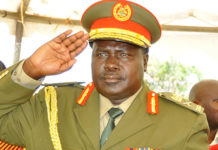