SoSh (Somali shilling)-using areas: Compared to one month ago, Consumer Price Index (CPI) remained relatively stable in February 2019. Compared to a year ago, CPI declined (by 5-10%) in south-central regions due to decreases in cereal prices this year.
SISh (Somaliland shilling)-using areas: CPI declined in February 2019 compared to both a month ago and last year (3-6%) due to decline in cereal prices this year.

SoSh-using areas: The exchange rates between SoSh and the United States Dollar (USD) remained relatively stable in most SoSh using regions of the country in February 2019.
Annual comparison indicates that SoSh is losing value in most of SoSh-using areas with the highest depreciation recorded in northeastern Somalia (11%) due to the continued impact of increased printing of local currency.
SISh-using areas: the exchange rate between SISh and USD exhibited relative stability compared to both last month and a year ago.

Local cereal (white maize, red sorghum and white sorghum) prices either remained relatively stable or changed at mild rates (by +/- less than 10%) in February 2019 in most regions of Somalia with an exception of Shabelle valley where white maize price increased moderately (17%) due to low supply as a result of below average Deyr 2018 harvest. Annual comparison indicates lower prices in February 2019 in most regions due to improved harvests (Gu 2018 and/or Deyr 2018).

Prices of imported food (rice, sugar, vegetable oil, wheat flour) mostly exhibited relative stability or mild monthly changes in local currency terms in February 2019 in most regions. Similarly, compared to one year ago, prices exhibited mild changes (by less than +/- 10%) in most regions for most food imports with the exception of northern regions where the prices of most food imports exhibited mild increase, mainly as a result of mild depreciation of SoSh in these regions.

Labor (unskilled) wages exhibited mild monthly changes (by less than +/-10%) in February 2019 in most regions of Somalia. Compared to a year ago (February 2018), labor wages mostly exhibited increases in most regions of the country due to relative improvement in agricultural employment opportunities this year. However, labor wage rates declined moderately (13-27%) in Middle Shabelle, and Banadir (Bakara) compared to a year ago due to reduced agricultural activities as a result of delayed Deyr harvest, deteriorated security conditions in Middle Shabelle and increased competition for labor in Banadir (Bakara). 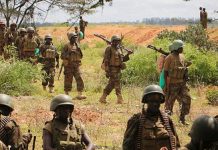 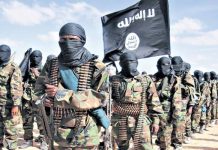