Under the directives of Amir H H Sheikh Tamim bin Hamad Al Thani, the Qatar Fund for Development (QFFD), in cooperation with the Standing Committee for Rescue and Relief Works and Humanitarian Aid, dispatched the first airlift to flood victims in the affected areas of the Federal Republic of Somalia, that included 42 tonnes of relief and medical supplies.

At the forefront of those who received the Qatari delegation and aids were members of the Flood Relief Committee appointed by the Prime Minister of the Federal Government of Somalia, as well as Somali government’s ministers and MPs.

The Director General of QFFD said at a joint press conference with Somali Federal Minister of Humanitarian Affairs and Disaster Management Hamza Said Hamza that this is the first batch of Qatari aids to help the brothers in the republic of Somalia, and that another batch is been processed, while emphasizing that the state of Qatar stands with Somalia in the crisis.

Somali Federal Minister of Humanitarian Affairs and Disaster Management thanked Qatar’s prominent role in helping the flood victims in Somalia, adding that the generous support from the state of Qatar is the first batch and it is dedicated to the flood zones such as Beledweyne in Hirshabelle State, El Bardale in the state of Southwest of Somalia, and Bardera in Jubaland state.  He also praised the continued support of the State of Qatar to the people and government of Somalia. 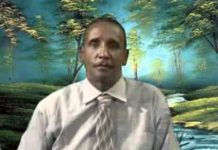 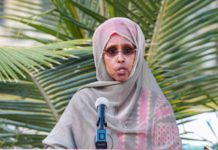