Proud 18-year old Abdinasir Omar Hashi* is a newly graduated electrician, a big football fan – and a former child soldier. He is from Tuka-raq, a small village located in northeast Somalia.

“I felt I had no choice,” said Abdinasir. “My family was poor, and we did not have enough food to feed my brothers and sisters. I wanted to take some of the burden from my mother. I was so desperate that I joined the militia.”

Abdinasir is not alone, according to the 2018 Annual Report of the Secretary General on Children and Armed Conflict, 2,300 Somali children were recruited into armed forces – the highest number in the world. Some of these children fetch water or prepare food for the fighters. Others are trained to fight and kill.

UNICEF and government partners are working continuously to secure the release of child soldiers and luckily Abdinasir was one of them.

“I would have been killed or I would be killing others if I had stayed,” said Abdinasir, thankful for his rescue.

In November 2018, Abdinasir was placed in an Interim Care Centre for former child soldiers, a centre funded by EU humanitarian aid (ECHO).

The centre is where his long road to recovery began. Helping children return to normal life after their traumatic experiences is a complex and long process. “Every boy is unique and requires different types and levels of support,” explained Abdirashid Ali Yusuf, Manager of the Centre. “When we first meet the boys, they are often smokers or drug users. They look scared, hungry and skinny,” he said.

The children receive medical treatment and counselling at the centre. The boys under the age of 14 are enrolled in school and the older boys, like Abdinasir, take part in vocational training to prepare them for their return to the community. For months, Abdinasir learned Somali, English and Mathematics and took classes in electrical engineering, the skill he wanted to acquire. Some of the others chose mechanics, plumbing, tailoring or computer training.

“The boys are humble, and they work hard,” said Shamarke Yusuf, one of the teachers. “They know what’s at stake and don’t skip classes,” he added.

In 2018, more than 1,400 children were released from armed forces and armed groups in Somalia.

Abdinasir finished his vocational training and is now doing an internship at an electric engineering company. He sends money to his mother every month and dreams about starting his own business in a couple of years.

* Abdinasir’s name has been changed to protect his identity. 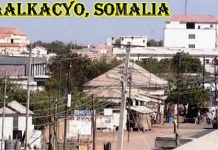 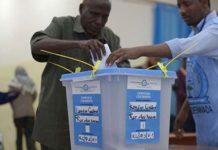 Data can save lives in Somalia’s fight against COVID-19