Police are still searching for the two Cuban doctors abducted in April in Mandera, the Inspector General of Police Hillary Mutyambai has said.

Herrera Correa and Landhi Rodriguez who were working at Mandera County Referral Hospital were kidnapped by gunmen suspected to be al Shabaab militants as they headed to work from their residence.

One of their bodyguards was shot dead on the spot before the doctors were bundled into two waiting cars that sped off towards the Somali border. They have not been heard from since.

Mutyambai said on Wednesday the government was making every effort to safely rescue the two doctors from the hands of their captors.

He said suspected abductors of the Cuban doctors had been arrested and charged.

The police boss spoke to the press in Mandera town after a meeting with area security chiefs. He was on a familiarisation tour of the security dynamics of the region.

The IGP visited the Kenya-Somalia border and police units across the county.

He said police will continue working with security organs including the military and police reservists to ensure security  is enhanced not only in Mandera but the entire northeastern region.

The militants are said to have disappeared into the thick Boni forest. They  are yet to be arrested.

“As I have said before, the government will never relent in our effort to rid the region of al Shabaab,” Birik said.

A resident who spoke to the Star on phone said they heard a loud bang followed by gun shots at night and upon waking up found the mast destroyed.

The militants have remained active in Holugho, Ijara, Fafi  and parts of Lamu county.

In a span of six months, they have destroyed five Safaricom masts in Ijara, Galmagala, Yumbis, Konton in Wajir county and now Holugho. 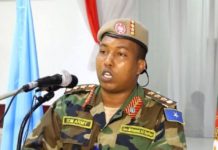 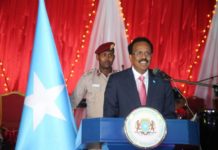 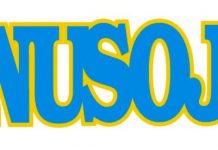