Geneva/New York, 19 August – Marking the tenth anniversary today of World Humanitarian Day, the United Nations is honouring the contribution of tens of thousands of women humanitarian aid workers who provide life-saving support to millions of people caught in crises in some of the world’s most dangerous places.

“This year, we pay special tribute to women humanitarians and the huge difference they make for millions of women, men and children in urgent need,” UN Secretary-General António Guterres said in a video message. “From supporting civilians caught up in crisis to addressing disease outbreaks, women humanitarians are on the front lines. Their presence makes aid operations more effective by increasing their reach,” he said, calling on world leaders and parties to conflict everywhere to live up to their legal obligations to protect all humanitarians from harm. Across the globe, 250,000 aid workers are women – a figure that amounts to more than 40 per cent of the humanitarian workforce. But aid work is becoming increasingly dangerous. Since August 2003, more than 4,500 aid workers of all genders have been killed, injured, detained, assaulted or kidnapped while carrying out their work. That equates to five attacks per week on average. Women humanitarians are at particularly high risk of robbery, sexual assault and other violence.

This World Humanitarian Day, the UN and partners are launching the #WomenHumanitarians global campaign to pay special tribute to and raise support for the work women do to save lives and alleviate human suffering.

The campaign tells the stories of 24 women over 24 hours to show the range and diversity of their roles in humanitarian action. They include a driver in the Central African Republic who brings food to people in need; an international model who has established a school for girls in her native Democratic Republic of the Congo; a midwife in Liberia who has cared for mothers and babies for three decades and has more than 800 girls named after her; and a woman who provides legal advice to refugee women and children from Somalia.

“This World Humanitarian Day, we showcase the commitment and drive of some truly amazing women in the humanitarian community. The dedication of these women to help the world’s most vulnerable people is admirable, particularly those women who are often the first to respond in their communities when faced with a crisis,” said Under-Secretary-General for Humanitarian Affairs and Emergency Relief Coordinator Mark Lowcock.

Special events are taking place on 19 August across the world, including in Burundi, Ethiopia, Japan, Jordan, Kenya, Lebanon, Mali, Niger, Nigeria, occupied Palestinian territory, The Philippines, Senegal, Somalia, South Sudan, Thailand and Ukraine, as well as in the UN headquarters in Geneva and New York.

Last year was the second-worst on record and the worst of the past five years in terms of aid worker security. In 2018, there were 405 victims, with 131 aid workers killed, 144 wounded and 130 kidnapped across the world. The countries with the most security incidents were South Sudan, Syria and the Democratic Republic of the Congo. So far in 2019, some 156 aid workers have been attacked on the job, with 57 killed, 59 wounded and 40 kidnapped. The actual number is likely far higher due to underreporting. A lack of gender-disaggregated data makes it difficult to provide exact numbers on how many women humanitarians have been affected.

In 2008, the United Nations General Assembly designated 19 August as World Humanitarian Day to raise awareness about humanitarian assistance worldwide and to pay tribute to the people who risk their lives to provide it. This was in honour of the 22 people, seven of whom were women, who lost their lives in the 2003 attack on the Canal Hotel in Baghdad, Iraq, including the Secretary-General’s Special Representative for Iraq, Sergio Vieira de Mello.

World Humanitarian Day was commemorated for the first time on 19 August 2009.

About the #WomenHumanitarians global campaign

The campaign honours the life-saving contribution of women humanitarians throughout the world by raising awareness of and support for women who are often the unsung heroes on the front lines in some of the world’s most difficult and dangerous places. With 24 stories about 24 women over 24 hours, the campaign juxtaposes moments in the daily lives of women humanitarians to show both similarities and differences through the rituals of our everyday lives. The hashtag #WomenHumanitarians is being used for this year’s campaign. 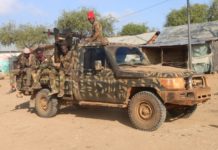 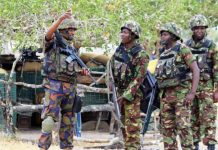 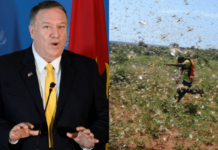