The two leaders discussed the role that AMISOM has to play in the stabilization of Somalia under its recently adopted new mandate.

“We all agreed that AMISOM remains extremely relevant in Somalia in supporting Somalia in its efforts to stabilise the country and contain Al-Shabaab. This joint effort must continue and Al-Shabaab must be brought under control,” said Madeira.

Both President Farmaajo and Ambassador Madeira further discussed developments under the security sector, particularly focusing on the recent capture of the towns of Sabiid and Bariire by the Somali National Security Forces (SNSF) supported by AMISOM, and the capacity demonstrated by these forces to hold the captured towns.

“In this we see the quality of the troops (SNSF) who are making sure that the population of Sabiid and Bariire and their property are protected and that there are no illegal checkpoints and no illegal taxation or extortion taking place,” Madeira noted.

The AU Special Representative said that going forward, the focus of AMISOM is on the attainment of the transition plan objectives through the implementation of its revised Concept of Operations (CONOPs) under the new mandate.

He said, “As AMISOM, we now need to continue to reconfigure in a manner that can allow us to deliver on the new mandate that was given to us by enhancing our synergies and coordination in the implementation of the CONOPs detailed plan 2018-2021 for peace and security in Somalia.” 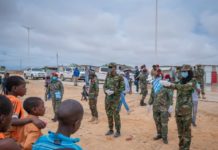 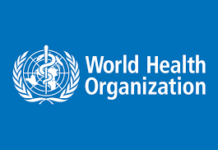